On being a woman in politics

A few things have recently been rattling around in my head which concern women in politics; I've been trying to gather some ideas as to why there aren't more of us, and how I might encourage female candidates to come forward. At the same time, I noticed that the launch of the Counting Women In campaign, couldn't miss the outrageous attack on Dr Eilidh Whiteford MP, and I've been enjoying Winnie Ewing's very readable autobiography. I've also been out on the doorsteps for Ken Andrew in Hillhead.
All of these together really say: the culture of politics in the UK is what's at fault. Women don't think it's for them and just disengage.
Now, obviously that's a generalisation. I'm a woman, and I'm very engaged in politics. I'm prepared to accept I'm a bit odd.
I chapped on a door the other week while canvassing. I had Alexander with me in the pram. A woman answered, I politely introduced myself and my purpose on her doorstep - she shook her head and told me she wasn't interested. I asked why. She firmly asserted that all politicians are just the same. I asked her if anyone from any political party had ever come to see her with a baby in a pram. She thought briefly, admitted that'd never happened, and sent me on my way.
I'm not sure whether that experience tells me whether I ought to a) leave the wee man at home or b) work on my doorstep pizzaz, but I bet that woman had opinions on all kinds of things. I don't think she believes them to be particularly political - provision of care services, or bin collection, say - but in the end they're determined by politicians. I want women like her to tell me what she wants and why it matters. More than that, I want women who care about issues to join political parties to further that cause. There are all kinds of causes promoted within the SNP, and I will most likely welcome you in.
I'm sure I've said before that I've always felt welcomed as a woman in the SNP, and that remains true. I'm not sure how Labour men treat women in general (not great by some accounts, which appear to be no barrier to reselection), but they're certainly not great at giving SNP women the respect they are due.

I recalled hearing when Winnie's book came out that she had been bullied while at Westminster. The Scotsman's 2007 interview put it thus:
As the lone SNP member in the Commons - at best an intimidating place for an inexperienced politician - she found herself without friends, without party colleagues, without any supporting structures. She was completely alone. She was hundreds of miles from her husband and her children in an excessively macho and very hostile environment. "I was treated as the enemy, I was shunned and despised. It's a peculiar experience to suddenly find yourself hated. At times I did feel terribly lonely, close to despair."
Reading the autobiography, you really get a vivid picture of the pressure Winnie Ewing was under as an MP on her own. Her every action was scrutinised; if she didn't attend a debate, the other parties would ensure it got in the papers. The nuances of what said were taken apart. She was under political and personal attack from all sides and, even more sinister, stalked by another MP. Interventions by others had some impact, but it must have been a great emotional strain.

What I didn't know was that when Winnie was appointed as an MEP (pre-democratic elections to Europe), the bad behaviour of two particular Labour bullies continued in the European Parliament when she was alone again, deliberately working to ridicule and undermine her for over a year. By the account in the autobiography, this only ended when the President of the Parliament intervened, threatening to have them withdrawn as being "not fit to represent their country and Parliament in Europe".


You might think that, around forty years later, a female SNP MP might expect some kind of change to have occurred in attitudes, as with wider society. Women are accepted in a range of jobs, universities are gaining majorities of female students, there are innumerable opportunities and directions for careers. And then, there's Ian Davidson MP.

Eilidh has written a revealing article in the Scotland on Sunday - I'd urge you to read the full article, but I think this small quote does illustrate the point perfectly:

"It does not matter that all I had done was disagree with the committee. In fact what inspired Mr Davidson’s remark is utterly irrelevant. There is no action, no misbehaviour that justifies the threat or act of “a doing”. We hear too often of women being told they were “asking for it” in justification for intimidation or violence. I never expected to hear that from an MP in Parliament.

But this is not simply an issue of aggression towards woman; it’s about a culture of intimidation and bullying affecting men and women that seems to flourish with impunity in the Westminster world."

The tragedy is that it's primarily through this Westminster lens that the viewing population sees politics and politicians. They see argument, they see confrontation; they see crowds of boorish suits moaning a weary "hear hear". And they switch off. They say "that's not for me".

They don't see a politician arguing the case with a housing association, trying to help a vulnerable tenant. They don't see someone working on a committee, trying to improve a policy that will help improve children's health. They don't see the joy that is presenting prizes to year groups of school students, with the hope that you can encourage them in that tiny second as you shake their hand. They don't know what a privilege it is to be invited into so many lives and homes, to meet with groups and organisations and offer what help you can.

The work of politics should never be that yah boo nonsense that men excel at and so many women hate. More women should be in politics for the fantastic difference they can make every day.

Fantastic post, I think there's far greater 'interest' in politics in general from the younger generations of females than EVER before, but that has to be converted from interest to activism. I can actually picture a female politician turning up at someone's door with a "wee yin" in a pram (no doubt Baby Nat was all badged up too?) and the disapproving auld biddy clucking her disapproval at politics not being right for a young lassie never mind a mother lol.

Gorgeous dress and lovely fabric choice! Don't be sad about ผลบอล moving to London, think of all the lovely vintage social events you ผลบอลสด can go to. Also London has great fabric shops!

I truly inspired from your interest. You give a good work regarding moral for ever one. I would like to share this type of post with my friends. If you want to know more about us with just a click here 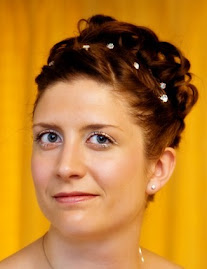 BellgroveBelle
Glasgow, Scotland
I spend most of my time campaigning for the SNP, in the hope of winning Independence for the people of Scotland. I was elected on the 4th of May 2007 to serve the people of the new Calton Council ward in the east end of Glasgow. Where the photos on this blog are mine, any reproduction requires my written permission.